One of the successes of lockdown for Amazon Prime was the show Clarkson's Farm.

It showed the difficulties of making a living in farming. Clarkson took over the running of a farm he owned, but had previously had a tenant farmer running it before his retirement. He had owned the 1000 acres in Oxfordshire since 2008 but never had to farm them before. "How difficult could it be".

The filming coincided with lock down, so the show also featured the issues with that for farmers, and the challenge of setting up a new farm shop and dealing with legislation. The show was quite educational, pointing out the logistics and geography of how a field is ploughed so as to leave room for spraying once the crop starts growing...

As with Top Gear, a lot of it is apparently pre-scripted and there were set ups for comic effect - the huge Lamborghini tractor that he buys which doesn't work with other equipment as well as it should, and the local handyman who he can't understand because of his accent. There were the sheep he bought and tried to control with a drone that barked. His young farming assistant Kaleb is the straightman, along with his farm manager. 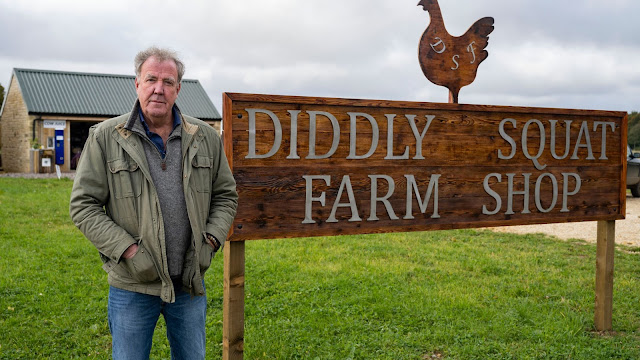 Howeve, even the National Farmers' Union were appreciative of it raising the profile of farming and the difficulty of making a profit for some against changing legislation, administration and financial support. They named him a Farming Champion in 2021.

They even won an award at the British Farming Awards.

NFU President Minette Batters said: “When it comes to recognising someone who has done their best to showcase British food and farming over the past 12 months, no-one has earned this award more than Jeremy Clarkson. His show has really resonated with the public, brought alive the ups and downs of our industry to a huge new audience, and transported British farming into the living rooms of families across the country.”
Acknowledging the extraordinarily tough time that farmers have been having recently, Minette went on, “It’s been such a challenging time for British farming over the past 12 months; as key workers our farmers have kept shelves stocked with British food and dealt with extreme weather events.
“Now, they are battling labour shortages, supply chain disruption and rising costs, which are causing severe problems for essential food producing businesses.
“Through all of this, Jeremy Clarkson has been a vocal champion for the British farming industry. His enthusiasm comes through in spades and his overwhelming and continued support for the NFU’s Back British Farming campaign makes him a very deserving winner of this prestigious award.”

And a book has now been published which is selling well.

Clarkson says that it's an unusual show for him to have been part of.

Clarkson put in a planning application for an expansion of his existing farm shop at the end of last year. The plan was to open a restaurant. This was opened as part of the programme and led to predictable traffic chaos. There were also issues with some of the products for sale as the shop was only supposed to sell local products as a condition of its license. In January 2022 the application was turned down. This has been featured in a lot of newspapers and other media.

Some people were supportive, particularly other local farmers who pointed out the terrible toll of COVID on British farming, and the need to bring jobs into an area where there were fewer opportunities for employment to some degree.

The application can be seen on the West Oxon Council website at the time of writing (see link earlier in the post) and over the weekend, I have downloaded some key documents from bodies such as the Police and Highways Agency, and supportive and objecting comments from neighrbours and people in the local village.

I will do something with it once my current 'fixture congestion' dies down and share any resource that I create as a result - I think it would be quite a nice context for students to explore, and also tie in with local issues and decisions of this nature.

I've previously done this with plans for a cable car in Cheddar Gorge, and a Zip wire in the Lakes, neither of which have gone ahead yet, and both of which had some good responses from students - some in favour and some against...

Posted by Alan Parkinson at 13:33 No comments:

Take a break and watch The Forgiving Path 📽️.

Posted by Alan Parkinson at 02:33 No comments:

A final collection from the master

A collection of essays by the master: Barry Lopez is coming on May 2022. This will be an essential read. 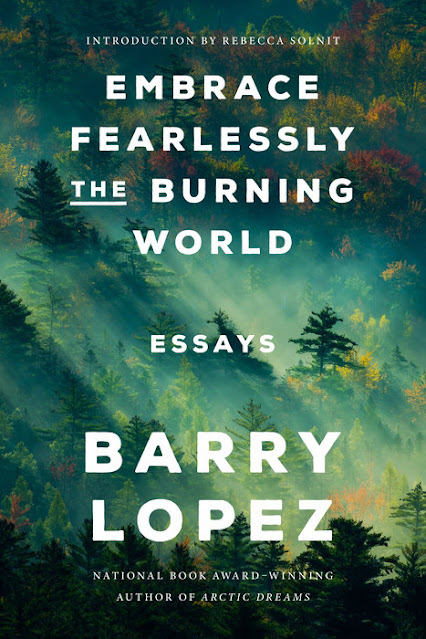 Description from the publishers.
An urgent, deeply moving final work of nonfiction from the National Book Award-winning author of Arctic Dreams and Horizon, a literary icon whose writing, fieldwork, and mentorship inspired generations of writers and activists.

An ardent steward of the land, fearless traveler, and unrivaled observer of nature and culture, Barry Lopez died after a long illness on Christmas Day 2020, following a summer wildfire that consumed much of what was dear to him in his home place and the community around it--a tragic reminder of the climate change of which he'd long warned.

At once a cri de coeur and a memoir of both pain and wonder, this remarkable collection of essays adds indelibly to Lopez's legacy, and includes previously unpublished works, some written in the months before his death. They unspool memories both personal and political, among them tender, sometimes painful stories of his childhood in New York City and California, reports from expeditions to study animals and sea life, recollections of travels to Antarctica and other extraordinary places on earth, and meditations on finding oneself amid vast, dramatic landscapes. He reflects on those who taught him, including Indigenous elders and scientific mentors who sharpened his eye for the natural world.
And we witness poignant returns to the sanctuary of his Oregon backyard, adjacent to the wild McKenzie River. In prose of searing candor, he reckons with the cycle of life, including his own, and--as he has done throughout his career--with the dangers the earth and its people are facing.

With an introduction by Rebecca Solnit that speaks to Lopez's keen attention to the world, including its spiritual dimensions, Embrace Fearlessly the Burning World opens our minds and souls to the importance of being wholly present for the beauty and complexity of life.
Posted by Alan Parkinson at 23:33 No comments:

Radical Landscapes at Tate Liverpool during 2022

I look forward to catching up with this exhibition at Tate Liverpool, which runs from May to September 2022. 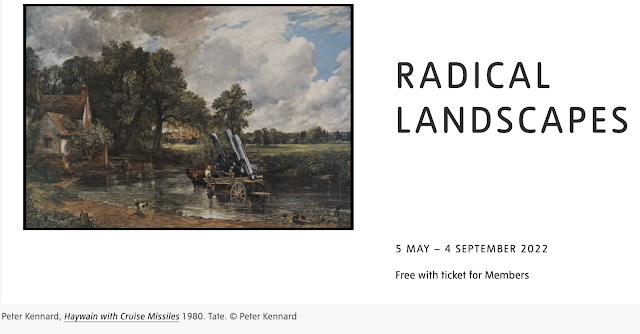 Radical Landscapes, a major exhibition exploring our connections to the rural landscapes of Britain. Featuring works such as Ruth Ewan’s Back to the Fields 2015, an installation of live plants, and Jeremy Deller’s green neon Cerne Abbas sculpture, this show expands on the traditional, picturesque portrayals of the landscape, presenting art that reflects the diversity of Britain’s landscape and communities. 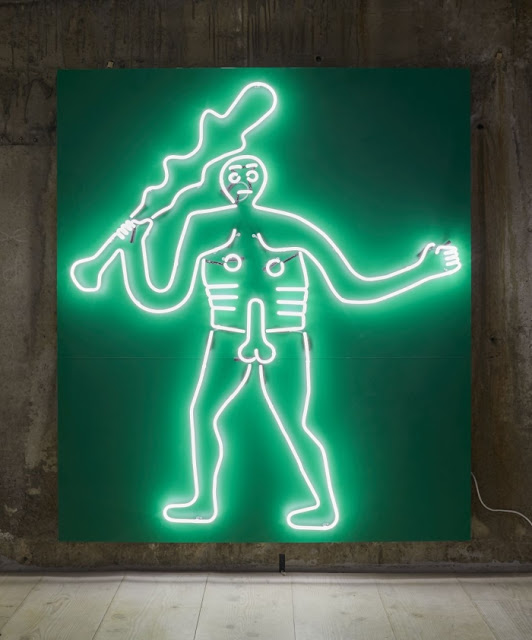 Discover playful and political artworks which reveal untold histories from the last century and investigate themes such as trespass, land use and the climate emergency. Encounter over 150 works including key pieces such as Tacita Dean’s Majesty 2006, Oceans Apart 1989 by Ingrid Pollard and Anwar Jalal Shemza’s Apple Tree 1962.

Radical Landscapes presents rural spaces as sites of artistic inspiration and action, and a heartland for ideas of freedom, mysticism and rebellion. It explores how artists have reclaimed the landscape as a space to make art for everyone, as well as unearth how the countryside has been shaped by our values and use of the land. The show will also consider the human impact on the landscape and ecosystems, by featuring works that reflect on the climate and its impact on the landscape including Gustav Metzger’s dazzling Liquid Crystal Environment 1965/2005 and Yuri Pattison’s sun[set] provisioning 2019.
Posted by Alan Parkinson at 03:27 No comments: