Lesson 8 in 'Look at it this Way' is called 'Living on the Edge'. It explores the pros and cons of living near the coast...

This week there has been publicity of a report which confirmed something that a lot of us already knew - that being beside the seaside makes us cheerful...
I was fortunate to live within a mile of the sea for 12 years. Even now, it's only 20 minutes away - in fact we popped over earlier today...
Here's a picture of the Norfolk coast from my Flickr stream to cheer your day... 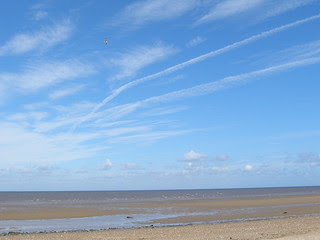 Labels: Lesson 8, Living on the Edge, Quality of Life, Seaside 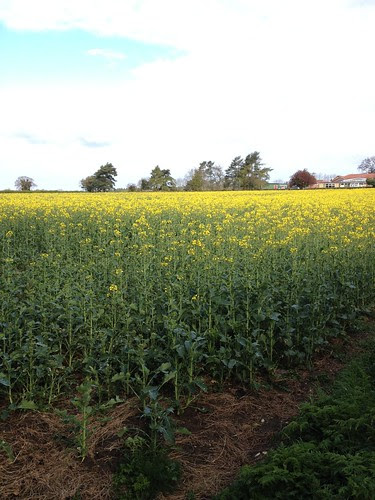 We are coming into the period of the year when the countryside begins to turn yellow...
This is the field next to my son's Primary school - the distinctive flowers are beginning to appear all around the village...

Oilseed rape features in a mystery activity which can be found in Lesson 5 of 'Look at it this Way'. 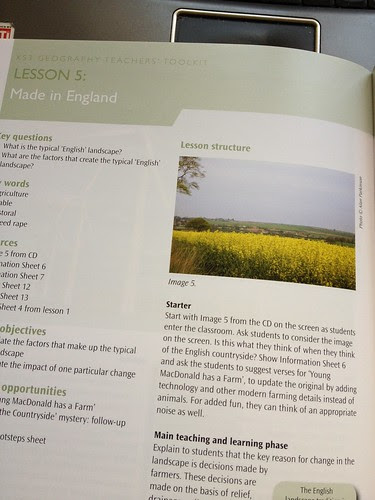 Posted by Alan Parkinson at 07:45 No comments:

Word of the Week

Word of the Week is just one of the features of the VITAL Geography Portal which I manage.
You can check it out and subscribe for just £10....

Here are the entries so far (A-G), some of which will shortly be archived...
The locations are the locations of images of each feature which appear on the portal page.

Gryke - the name for the gap between the blocks (clints) on a limestone pavement
Malham Cove, Yorkshire Dales
Fen - a tract of low-lying, marshy land, often drained by humans. Especially refers to the region around the Wash in Eastern England, with areas of Cambridgeshire and Lincolnshire
The Cambridgeshire Fens
Erg - In the Sahara, that part of the desert whose surface is covered in sand (as opposed to the Hammada or rocky uplands, which have been swept clear of sand by the wind
Erg Chebbi, Morocco
Dirt  cone - a conical accumulation of detritus on a glacier surface - may be up to 2m in height and is often ice cored
Solheimajokull Glacier, Iceland - the black ash is from the Eyjafjallajokull eruption
Crepuscular rays: Rays of sunlight which shine through breaks in heavy cloud, also sometimes called Jacob's ladder and often seen at dawn or dusk

Beach cusp: an accumulation of shingle on a beach which leads to regular scallop shaped indentations at the front of the beach.

Arete: from the French - a sharp mountain ridge, often formed by the erosion of two adjoining corrie glaciers. A peak with three aretes radiating from its summit is called a pyramidal peak or horn (the Matterhorn is one of the best examples)

Coir' a' Ghrunnda, Isle of Skye.

What would you have as your geographical  WORDS OF THE WEEK for the remaining letters of the alphabet ?
A chance for you to get your favourite landscape feature or geography phrase in there - if you have a picture that I could use then so much the better :)


Also, watch out for some new Teachshares coming soon for discussing some of the key themes of geography education as we enter the Summer term... 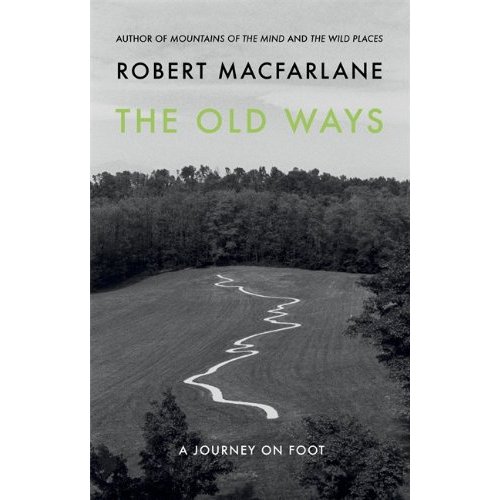 If this is anything like Robert's other books this will be superb....
Plenty on landscapes and human interactions...
Posted by Alan Parkinson at 14:00 No comments:

Looking forward to the new Simon Armitage book on the Pennine Way...

One for the lessons on the Peak District in 'Look at it this Way'.

Posted by Alan Parkinson at 10:56 No comments:

Good to see the toolkits for sale on the GA stand at the GA Conference... Head over to LIVING GEOGRAPHY for all the latest from the GA Conference 12th-14th April 2012....
Posted by Alan Parkinson at 08:08 No comments: 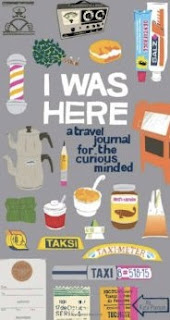 If you can get through the language that is characteristic of Will Self pieces, there are some important geographical messages coming out here in this piece in The Guardian.

The recent URBAN EARTH : Degrees of London walk was another reminder of the power of walking as the participants walked into London from HeathrowAirport and other locations. Organised by Dan Raven Ellison of the Geography Collective, the people involved were asked to concentrate on particular things during the walk, as well as look at the city in unexpected ways.

While you're walking round the city, you might also be interested in a nice guide called SIDE WALKS. It's one of two nice travel guides produced by Kate Pocrass: an artist living in San Francisco.

Some of the ideas have a touch of our Mission:Explore about them. In fact one of the reviewers refers to some of the suggested activities as 'missions'. 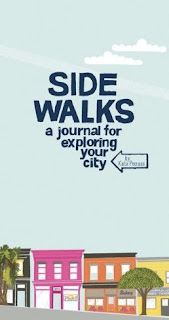 I liked the idea of eating food in a particular shape, or capturing snippets of conversations that were overheard in speech bubbles.

The illustrations are really nice. I bought them earlier in the week from Stanfords, so if you're in London, check them out - they're near the giant world floor map...


Posted by Alan Parkinson at 15:12 No comments:

On Wednesday 4th April, EDINA released Version 3 of Digimap for Schools, which included a number of new features and enhancements.

The new tools and enhancements have been developed directly as a result of valuable user feedback we gained from the user survey we ran last Autumn and from talking to teachers at conferences such as BETT and at training events.

View a bigger map - Users can now have their map fill their screen!  We have added a full screen option which hides the top, bottom and left-hand panels to enlarge the map area that is visible.  The top toolbar will still be visible to allow you to access the annotations, measuring and other tools.  Expanding the map looks particularly fantastic when teaching a class using a smartboard as so much more map can be seen in one go.  To toggle between the larger and smaller map, click the button in the top right of the toolbar (beside the Help icon)

Alternative print formats - We have added two new outputs for printable maps; JPG and PNG.  These are common image formats (similar to those used for digital photos) which means users can easily insert maps generated from Digimap for Schools into programmes  such as Microsoft Word and Powerpoint.  These new format options are available in the print options panel.

Annotations enhancements - Two new enhancements have been added to annotations; the ability to fade the background map and the option to change the orientation of the toolbar.  The Fade Map option fades the background map on screen and on printable maps to allow annotations that have been drawn on the map to stand out more clearly.  This is particularly useful when you are adding features to a map of a dense urban area.  The Fade Map option can be activated by clicking the new icon in the Annotations Toolbar.  In addition to the ability to view a bigger map, you can now reformat the layout of the Annotation Toolbar to make it vertical. This means it can now sit over the search/print panel without hiding any of the map.


Help and information for using these new tools and enhancements can be found in the help pages, which can be accessed in the service by clicking the Help icon on the top right above the main map window.

The resource pack I wrote for Secondary DIGIMAP subscribers is coming soon.

Don't forget to join the Digimap GROUP on the GA Ning too....
Posted by Alan Parkinson at 11:12 No comments: