"It is by riding a bicycle that you learn the contours of country best..."
Ernest Hemingway
Posted by Alan Parkinson at 05:46 No comments:

For the last few days, the country has been focussing its attention on Yorkshire as the Tour de France has arrived for two stages.
The countryside has been shown in bright sunshine, and the undulations of the landscape have started to test the riders.
Familiar hills such as those at Holme Moss and around Bradfield on the edge of Sheffield will feature this afternoon.
The commentators have talked about the dry stone walls, the industrial heritage and the canal and railway networks and also some of the Land Art that has been installed. Castle Hill in Huddersfield featured earlier. Also the mast at the top of Holme Moss, which I last walked to through a sea of mud from Crowden.
I've also been there and seen the riders of the Tour of Britain come past me in the past... 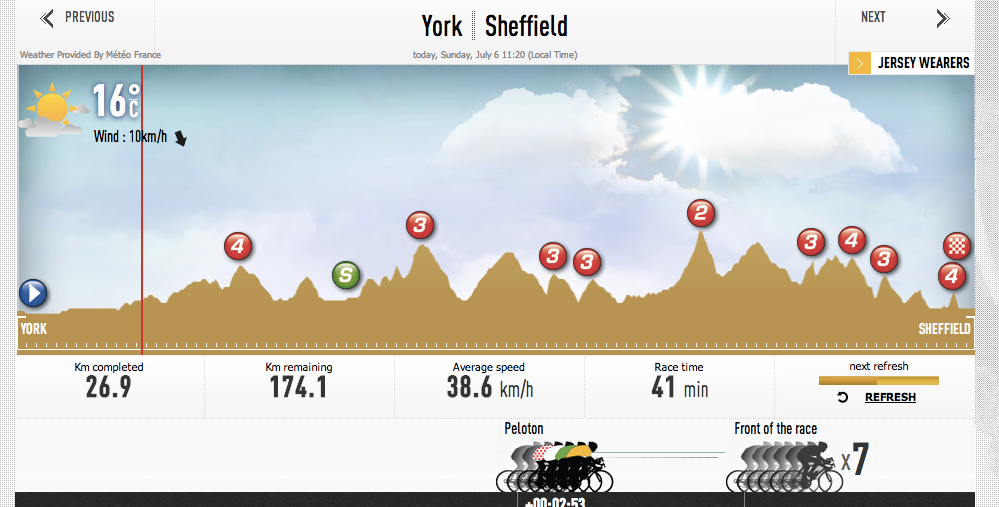 Posted by Alan Parkinson at 07:12 No comments:

"Paths are vital and subtle features of our landscapes. They connect places to places and they connect people to people."
Robert MacFarlane, author of 'The Old Ways'
Posted by Alan Parkinson at 06:51 No comments: