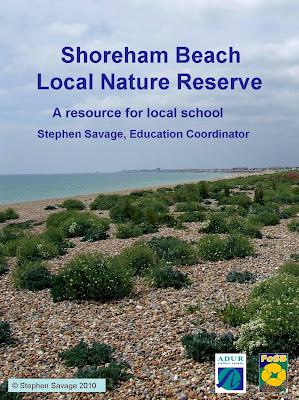 On the GA Ning, there's a posting from Stephen Savage, who works at Shoreham Beach Local Nature Reserve.

Since the beach became a nature reserve in 2006, I have been developing an education programme focusing on natural history, coastal geography and maritime history.
Shoreham Beach LNR is a shingle spit with rare vegetated shingle habitat. In fact it was designated a nature reserve to help protect this local and globally rare habitat. The eastern end of the shingle spit forms the harbour entrance, with the Downs to the north and the chalk cliffs and wave cut platform further east at Brighton. Longshore drift deflected the river to the west, in the process creating the shingle spit which is now Shoreham Beach.
We have worked with a number of local primary and secondary schools, providing on-site and outreach sessions and worked to develop links with these schools to provide feedback and suggestions for future development. One area we are planning to develop further is a module that links the River Adur, Shoreham Beach and the coastal waters as one system.
If you would like to know more about using this site as a resource, or you would like to contribute help or suggestions for further development of our programme, you can take a look at our education programme on our new “Education on the Beach” webpage at
http://www.fosbeach.com/education-on-shoreham-beach/
Having lived locally all my life and being involved in the marine coastline for over 30 years, Shoreham Beach has been an exciting project to be involved in...
One to check out if you live and work fairly locally...
A useful location to add to the ideas in Lesson 8: "Living on the Edge"
Posted by Alan Parkinson at 00:04 No comments:

There's a new Richard Long exhibition at the Haunch of Venison in London. 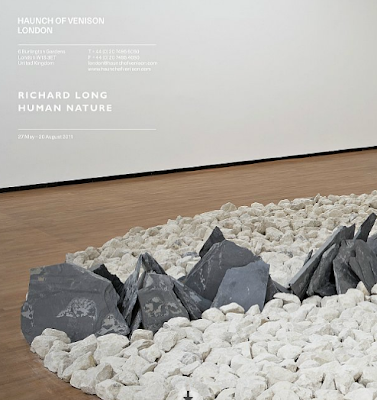 I am in London next week and will make time to go and see it. Seen Richard Long's work in a range of locations over the years: from the Guggenheim in Bilbao to the foyer of DEFRA on Millbank, and various other places... 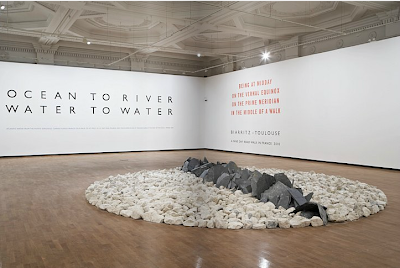 An artist who very much connects with the landscape.
I used a set of Richard Long postcards as a resource for a literacy exercise, and the way that his works link with mapping is also wonderful.
Last exhibition I saw was 'Heaven and Earth' at Tate Britain in 2009, so I am overdue some more Long work....
Posted by Alan Parkinson at 07:12 No comments: