There was plenty of "Look at it this Way" running through the two seminars that I presented at the SAGT Conference 2010.

This was the 6th year that I have been up to SAGT, and I'd be happy to come up next year again - I'll probably go with the GA stand even if I don't offer a seminar... 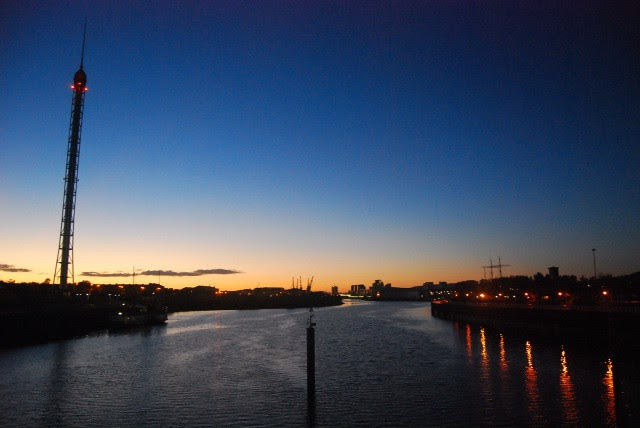 The weather was mixed, and the journey up was not without its delays either, but the actual day of the event was bright and cold, and managed to get some nice pictures taken in the evening, as above - looking along the Clyde from the Crowne Plaza hotel and SECC.

My presentation was part of the overall conference programme, which included a number of familiar names from previous events, and from English geography circles...

I arrived the night before the conference, and over to Hutcheson's Grammar school via a jammed M8 to set up the GA stand. The school was a nice mix of ancient and modern, with a wonderful church for the keynotes. Our hotel was next to the SECC, and the Finnieston Crane and made my way back there eventually after various diversions to meet with Dan and Noel, and out for a meal with Val Vannet at the City Cafe, overlooking the Clyde and the Clyde Arc (or Squinty bridge as it is called - one for LOCATION LINGO there....) 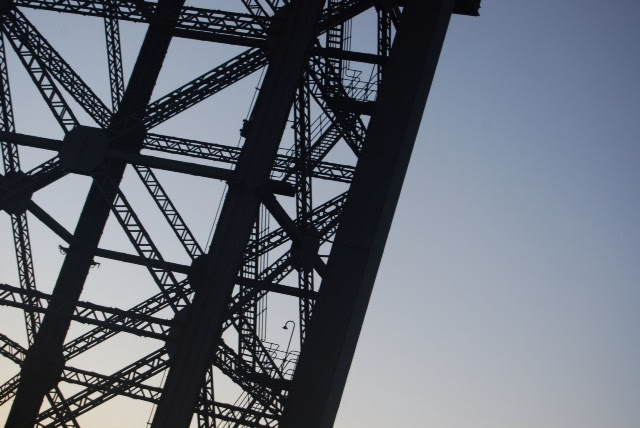 The following day, over to the venue early and set up. Met lots of delegates for chat, Ken and Darren from the Ordnance Survey, who gave me lots of jute bags, and Paul from Mapseeker. John Hopkin: GA president for 2010-11 came up to do the fraternal greetings after the first inspiring keynote from Al Humphreys.

David Rogers, Noel Jenkins and Dan Raven Ellison were among the other seminar presenters, along with Ollie Bray, whose Hodder Gibson book also won an award. Good to see a few of my Twitter followers popping up as well, and gained a few more over the weekend.
Writing the earth


My seminar presentation (or a version of it at least) is above.
Handouts included a copy of "Chop one red onion" from the PGCE Survival Guide, and a range of other resources and maps.
I also read one of Rob Hindle's poems from "Neurosurgery in Iraq".


After the 2 full seminars, it was a final keynote from Alun Morgan.

Earlier, I had collected two awards for the GA's publications:  COMMENDED awards to GCSE toolkit and TOP SPEC series...


Out into the sun for the evening, and over to the Granary with Kenny and Akiko for a pint and chat with Ollie.
Another good SAGT experience.
In the evening, did some photography with Noel along the river, and then food, after a 'mystery tour' of Govan....
The following morning it was a simple matter of scraping ice off the car, and a 350 mile drive south...

David Rogers has posted his seminar presentation on his blog already, along with a write--up... Will be blogging about his present later... 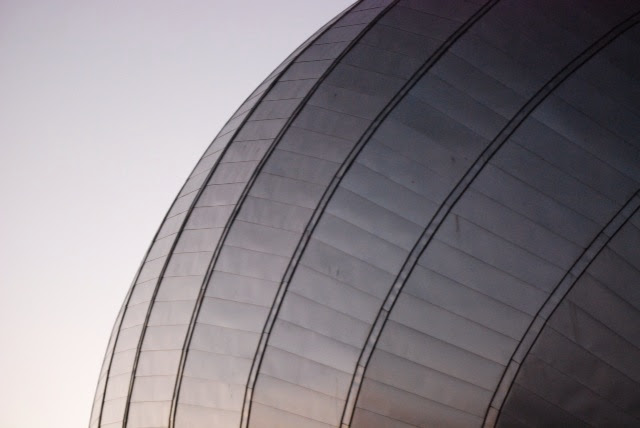 Always plenty of landscape inspiration and mapping ideas to flesh out some of the ideas in the toolkit series. 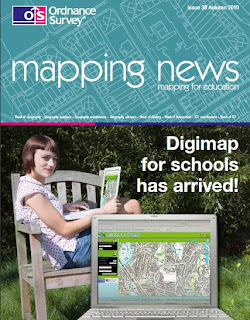 And what an issue it is...
It has 2 articles by me in it, which is always a bonus...
One on the new DIGIMAP service for schools, and one on Amanda Hone's Brown Sign blog, which I have mentioned here before.

Also some good ideas from Jeff Stanfield on adding a sporting feel to lessons, and details on the ESRI / GA GIS courses running in cities across the country.

Remember that the journal no longer comes into schools in paper form.

You can view an e-copy, or download a PDF for reading offline (or printing out) at the MAPPING NEWS page.
Posted by Alan Parkinson at 05:43 No comments:

The latest issue of Teaching Geography is now available to download by those who subscribe to it....

It features a range of inspirational articles on the theme of place by Mark Jones, Eleanor Rawling, Becky Kitchen, Margaret Roberts and others...
Articles range from a teacher visit to Greenland, to the urban re-branding and renaissance of Scarborough...

To add a subscription to your GA membership, or to join (and gain access to the last five years of journals in electronic format) click the JOIN THE GA link.

PLACE is a big theme in Look at it this Way, and the ideas in this journal could feed in to several of the lessons.
Exploring landscapes through poetry is a great way to draw students in, and Mark Jones has provided some thoughtful analysis on this particular tool...
Posted by Alan Parkinson at 05:52 No comments: