It's a Sunday evening, there is rain pattering against the window, and the coal fire is well in...
You turn on the TV to see someone walking across a mountain ridge, with a helicopter providing a sweeping panoramic shot of the landscape. The presenter: it could be a geographer, could be a TV gardener, could be one half of a former comedy duo, could be a hairy stand-up comedian, could be a jobbing character actor...

Thanks to Sky+, YouTube, DVD players in laptops and Interactive boards with VHS inputs, it's easier than ever to bring a bit of the outside into your classroom....

Here are some of the suggestions for TV programmes which would provide a bit of colour to your teaching on landscapes, and perhaps make a point about the value, scale and importance of landscapes to students who are unfamiliar with the real world.

Several tours round the coast, taking in geography, history, anthropology and industrial change.

There is a link here with the OPEN UNIVERSITY, who have produced some materials to accompany the series, although the freebies have apparently run out.
A good section on INTRODUCING MAPS is worth looking at.
Also some good flash INTERACTIVES, such as "Postcards from the Future" 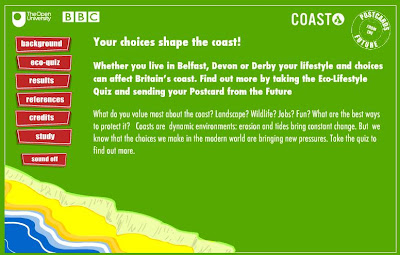 Nicholas Crane has then gone on to make some GREAT BRITISH JOURNEYS. This was a very good series, particularly the journeys of H V Morton through Scotland.
Website has details of all the journeys and a nice INTERACTIVE MAP

MOUNTAIN: BBC
Griff Rhys Jones travelling from Scottish Highlands to Yorkshire and beyond...
Never saw him have a go at the In Pinn...

BRITAIN's FAVOURITE VIEW: ITV
A recent addition, where people voted for their favourite view following 12 short things which suggested which views they should like the best.

The winner was WASTWATER.
Wonder how many of those who voted for it had seen it for real ?

COUNTRYFILE: BBC
John Craven and team... This long running series always has items of relevance to geographers, particular where the rural and urban combine. The website features information and weblinks related to the most recent edition.

There is now a BBC magazine which is set to be published monthly. 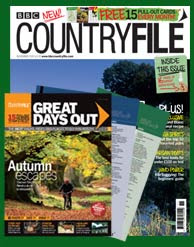 The first issue which I bought has some interesting features...

THE NATURAL HISTORY OF BRITISH ISLES
Alan Titchmarsh
A useful feature of this series were the programmes which made up the last 10 minutes of each episode, showing how the

EARTH: THE POWER OF THE PLANET (Forthcoming...) 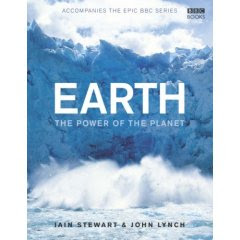 Produced with Iain Stewart, who was also responsible for earlier programmes with a focus on tectonics and geology.

Also occasional specials:
A SCOT IN THE ARCTIC

EQUATOR
Simon Reeve
A forthcoming series follows a journey along the Tropic of Capricorn.

TRIBE
Bruce Parry
This has a splendid website which covers landscapes which are more foreign than UK based, but what emerges is the close relationship that the groups Parry stays with have with their environment.

RAY MEARS WORLD OF SURVIVAL / EXTREME SURVIVAL
Most of these series have books to accompany them.
All of them have some geography which might be useful, or the ideal first few minutes to hook in the students...

This is not an exhaustive list. Are there any others that I have missed ? Which are your favourites ? Add a comment below....

Coming next - some suggested books for teaching about landscapes...

Again, if there are any that are your favourites please let me know by adding a comment below...

Posted by Alan Parkinson at 01:57 No comments: