RGS-IBG Young Geographer of the Year

Each year, the RGS-IBG run a competition in association with Geographical Magazine.
It's called the Young Geographer of the Year Award.

The details have just been announced of this year's competition.


The competition began in 2000 and has become a regular feature in many schools' calendars.
The question for Young Geographer of the Year 2013, run jointly with Geographical, is:

How does either the human or physical geography of your local area compare to the rest of the UK?

Pupils should use different sources of geographical information and data to research their local area and compare it to the national picture in the UK. This might include using census or climate data, and examining urban change or flood risk. However, the choice is open to you to explore relevant data to your local area.
The competition has categories for Key Stage 2 (KS2), KS3, GCSE and A Level students.

The Society encourages schools to run their own in-school competition before sending their top entries into the national competition.
We particularly welcome entries which:
Entries for the Young Geographer of the Year competition must be received by 5.00pm on the 11 October 2013.

The same question will also form the basis of the accompanying Rex Walford Award, which is for teachers in either their student training year (for example: PGCE, Schools Direct) or who have just started in the classroom (for example: NTQ, Teach First). Entries should include lesson notes or a scheme of work to cover two or three lessons exploring this issue and we particularly welcome entries which include opportunities for data handling and fieldwork.
Entries for the Rex Walford Award must be received by 5.00pm on the 11 October 2013.


Go to the RGS-IBG website for further information and entry forms...
Posted by Alan Parkinson at 08:40 No comments:

Made with Tiny Planets iPhone app....
Why not make your own winter landscapes... 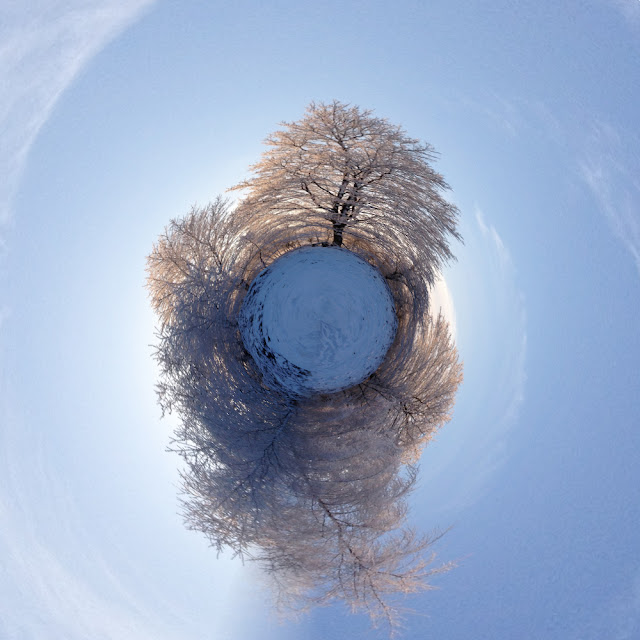 Here's Tony Cassidy creating a popular landmark in the snow...

Posted by Alan Parkinson at 07:27 No comments:

What better way to view the urban landscape... What evidence of the countryside surrounding London can be viewed from the viewing platform ? Thanks to John Lyon via Fred Martin for the tipoff to this excellent 360 PANORAMA created by Will Pearson, who is a professional panorama photographer (another job that wouldn't have existed a few years ago...)

It's taken from the top of the shard (or presumably near the top...) and provides an amazing view of London at dusk.
It's a good ad for the viewing platform which will shortly open in the Shard (which I have blogged about before) - article here about it and the high cost of entry
More here on the VIEW FROM THE SHARD website.
Check the PORTFOLIO on the website for plenty more from around the world too...
View FULL SCREEN...

I reckon the Shard could do with an experienced geography writer to create some materials to help visitors, particularly school groups. interpret what they are looking at, and how it relates to the development of the city and its hidden geographies (which the view will reveal...)
Posted by Alan Parkinson at 06:30 No comments:

Here's  a picture I took earlier this morning when I headed out to capture the light on the snow covered fields on the edge of my village.
It's the sort of image which you could possibly enter into a competition which has been announced by the Ordnance Survey.

Here are the competition details from the Ordnance Survey blog

We have an exciting competition for our budding amateur photography enthusiasts, which could put your image firmly on the map!

Cameras at the ready, we are looking for your best colour photographs depicting and celebrating the Great British outdoors in all its glory. There are some fantastic prizes up for grabs, including:
General rules of entry
Photographs should be submitted via email to: competition@ordnancesurveyleisure.co.uk
The photograph taken should be in landscape view only. (Note that your photo may be cropped if you win to fit a portrait-style custom-made map cover)
Only digital images can be accepted, these must be in jpg format and in colour.
No photographs of people or animals in close-ups, interiors or places outside of Great Britain.
Photographs can be of any time of the year, not just winter.
A panel of judges will decide the 5 winning photographs - the judge's decision is final.
The closing date for the competition is Thursday 28 February 2013. Entries submitted after this date will not be included.

This film: Beyond the Mountains, looks good. It explores our connection with, and the relevance of, the natural world.

Mountains feature in Chapters 9 and 10 of the toolkit book.
Posted by Alan Parkinson at 01:19 No comments:

Why is York rubbish at karate ?
It only has a green belt...

A very useful article in the Daily Telegraph just before Christmas provided a range of ideas related to the GREEN BELT.

There was a very useful INTERACTIVE MAP

Even more useful was a data set for download to GIS files....
Follow the link from the bottom of the article to download a zip file.

These ideas and many others are currently being developed into materials for the OS MapStream service, and will be coming soon to a computer near you...
Posted by Alan Parkinson at 03:46 No comments: 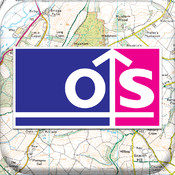 One of the best ways of exploring a landscape that is either familiar or unfamiliar is to make use of an Ordnance Survey map.

A new app was launched on the iOS store yesterday which a lot of people are going to find useful.
It's produced by the Ordnance Survey, and called OS MapFinder.

Map tiles can be explored, and routes can be added on and plotted. The app will also store routes which have been walked or cycled.
Places can be found using a search by postcode, name or grid reference.

If you want to see more about the app, there's a YouTube video below which shows you a lot more.


Posted by Alan Parkinson at 03:18 No comments: 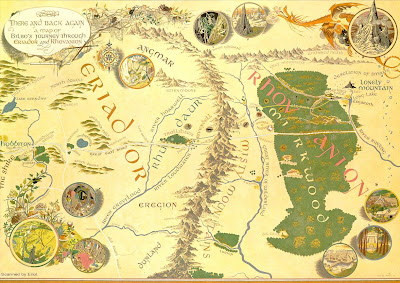 Click to enlarge
Just before Christmas I went to see 'The Hobbit' with my son. I first read this book about 40 years ago, when it was already over 30 years old.
The story is familiar to many I'm sure.
One of the great aspects of Tolkien's writing is the description of the landscape that the characters pass through: particularly the mountains and woodlands. Much has been written elsewhere on this theme, and you should be able to find plenty on the places that provided the inspiration behind Tolkien's work.

And of course it's now available in different formats. My son and I are currently reading it... on the Kindle.

The landscapes in the film were wonderful. I loved the ruins of Dol Guldur. There were a few bits that I didn't like: the introduction of the new villain, the fighting mountains sequence, and Sylvester McCoy being pulled on a sledge by rabbits for comic relief.Gollum's cave was perfect though...

Posted by Alan Parkinson at 13:25 No comments:

It's been a wet and windy few month, and the Christmas period saw some more heavy rainfall and flooding problems. I was grateful to have finished the year's travelling, and spent Christmas at home, going nowhere much for two weeks.

During that time, came the announcement that 2012, after a period of prolonged drought was the wettest since records began in England, and also in my region: the East of England.

The summer was also the wettest for over a century.
It seems the flooding also cost the UK around 13 billion pounds...

There were some good images online and via Twitter of various defences.

The landscape around my village is currently  more water than land in many places. There's a road leading to the nearby village of Beeston called Watery Lane which certainly lived up to its name when I last drove along it.

The result of the prolonged rainfall on saturated ground has been many flood warnings and hundreds of flooded properties, which stayed in place for weeks at a time.

Plenty of news coverage of the flooding

This is all useful for updating the High and Dry presentation which I will be talking about at various places in 2013.
There were plenty of flooding stories out there. Do you have one to share ? Do your students have one to share ?

Just before Christmas, there was yet more rainfall in the SW, with further flooding in Devon and Cornwall. People were evacuated from their homes, and some hand to spend Christmas away from their home, or had presents damaged.
What will 2013 bring in terms of weather extremes ?

One possible sign of the additional extremeness of the weather is that a bridge which  has stood for 1000 years was damaged this year.
There are also problems along the Jurassic coastline with saturated cliffs leading to warnings of landslides and safety fears for fossil hunters in the area.
Posted by Alan Parkinson at 03:28 No comments:

The title of a nice piece in 'Apollo' magazine, written by James Purdon.
It explores the changes that occured in the landscape when we started to erect pylons to transport electricity around the countryside.
A good read to start 2013's landscape musings...

Posted by Alan Parkinson at 03:28 No comments: