I enjoyed reading this post from the SOME LANDSCAPES blog, which is on my blog reading list...

It mentions the descriptions of the landscape used in E Annie Proulx's classic 'The Shipping News'.

If nothing else, it stirred me from my seat to find it on my bookshelves, and consider re-reading it. I read it when it first came out, which I now see was nearly 10 years ago !
Posted by Alan Parkinson at 03:26 No comments:

Hill figures in the landscape There are many hill figures dotted around the UK. I've been up to quite a few of them, including the famous Cerne Abbas giant with his large...er... well you know.

Check it out and have a go yourself...
Posted by Alan Parkinson at 04:46 No comments: A few years ago I read (and blogged about) a book by Julian Baggini called 'Welcome to Everytown'. In it, he described spending a year in the postcode which apparently had the most 'average' characteristics of any postcode area.
It turned out to be the postcode where I was born and brought up, to the east of Rotherham.

Julian has now moved on to another place which has resonance for the people of England. He spent a week in August as writer-in-residence at the White Cliffs of Dover.
In an article for the Times, he talks about the various views that people have about the cliffs. Are they a supportive icon of Britishness, or a symbol of exclusion ?
What do they mean for different people ?
Julian has also written this piece in The Guardian which is worth reading.

This would be relevant for the lesson 'Living on the Edge'.

Image by Flickr user HBarrison and shared under CC license, for which many thanks...
Posted by Alan Parkinson at 03:04 No comments:

Labels: Chapter 7, Living on the Edge, White Cliffs of Dover 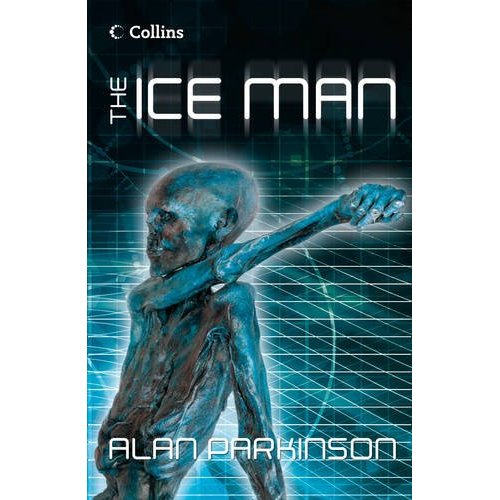 Published on 12th of November
Available to buy on Amazon...

‘The Ice Man is a great cross-curricular text for science, geography and history. The book is an excellent length and packed full of interesting info.’
Fiona Dyson, Southfields Academy
Posted by Alan Parkinson at 02:30 No comments:

CPRE have some great resources on their site, and have recently added a new section.

The countryside and the city - how can we tell them apart ?

There are going to be 6 speeches to listen to.
These would perhaps be most useful for older students.
The first two are there at the time of posting....

They are by Andrew Motion and Frances Pryor....
Useful for landscape - links to the idea of changes and different impacts on the landscape....

Posted by Alan Parkinson at 14:04 No comments: